Events and Celebrations
Nothing out of the ordinary

"Nothing Out of the Ordinary" occurred on October 12, 2019 as part of the Caracas IPC Integration in Process program, in an abandoned and dilapidated structure in La Palomera. The community of La Palomera invited the IPC team to accompany them in the recovery and transformation of that structure. The first step was to create two openings to access the interior, clean it and prepare it for a celebration. Two weeks later, the doors were opened to the public for an event with videos, contemporary dance performances, traditional Venezuelan music, dancing and the famous sancocho. Dozens of people attended, young people and grandparents, both from La Palomera as well as other communities in Caracas. Many residents of La Palomera were thrilled to see the place full of life and longed for more such experiences in the future. The event was unique in its nature and yet it should be, as the title suggests, "nothing out of the ordinary" in a lively, integrated and inclusive city. In the context of a country that has suffered serious economic and social difficulties in recent years, these expressions become very important manifestations. The "fiesta" is met with little or no resistance. It brings people together and allows them to overlook, perhaps even overcome political and social differences. Moreover, it can serve as an effective device for fostering a more integrated notion of the city, which includes neighbourhoods. 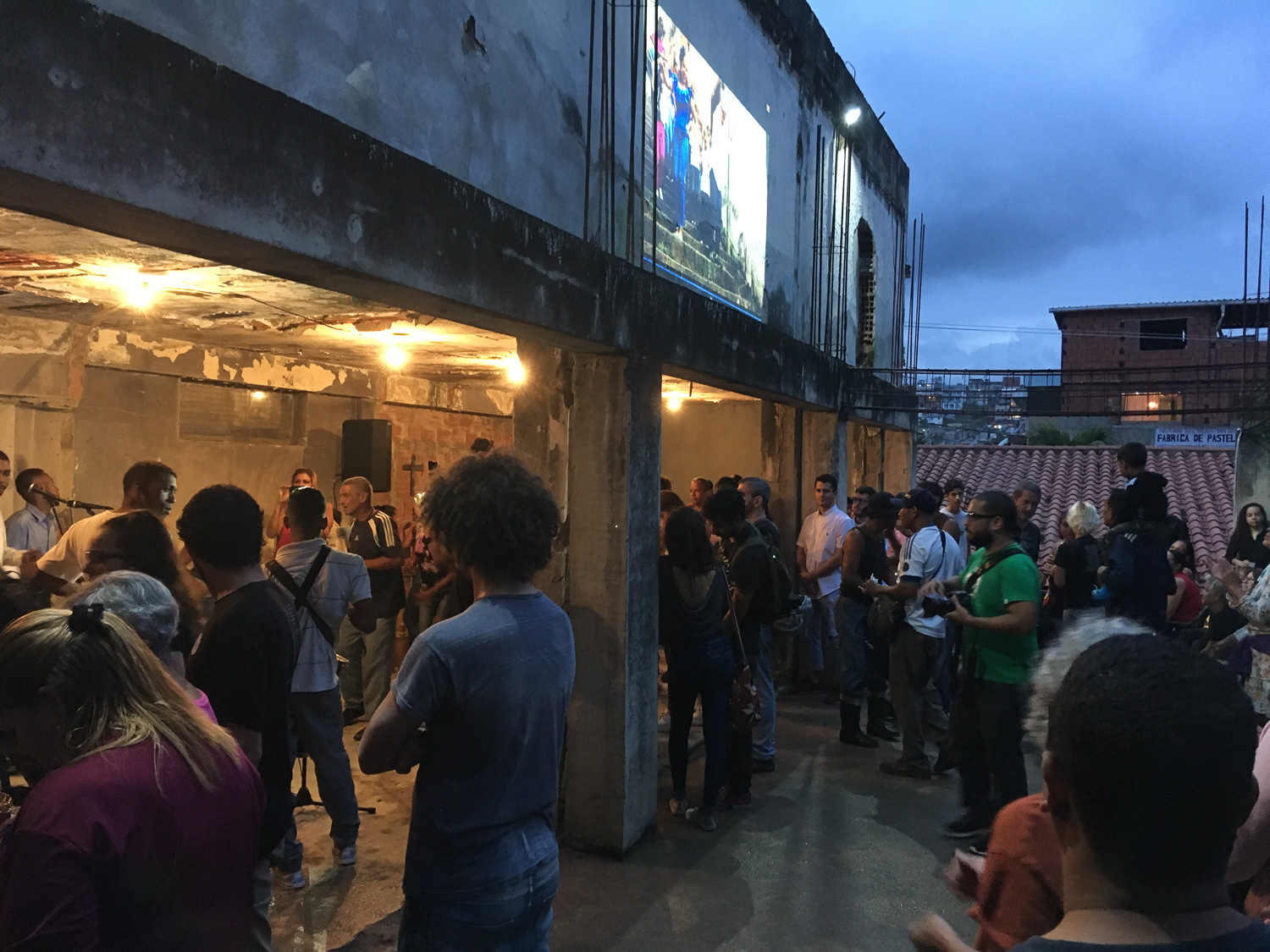 projection on the wall of the Casa de Todos 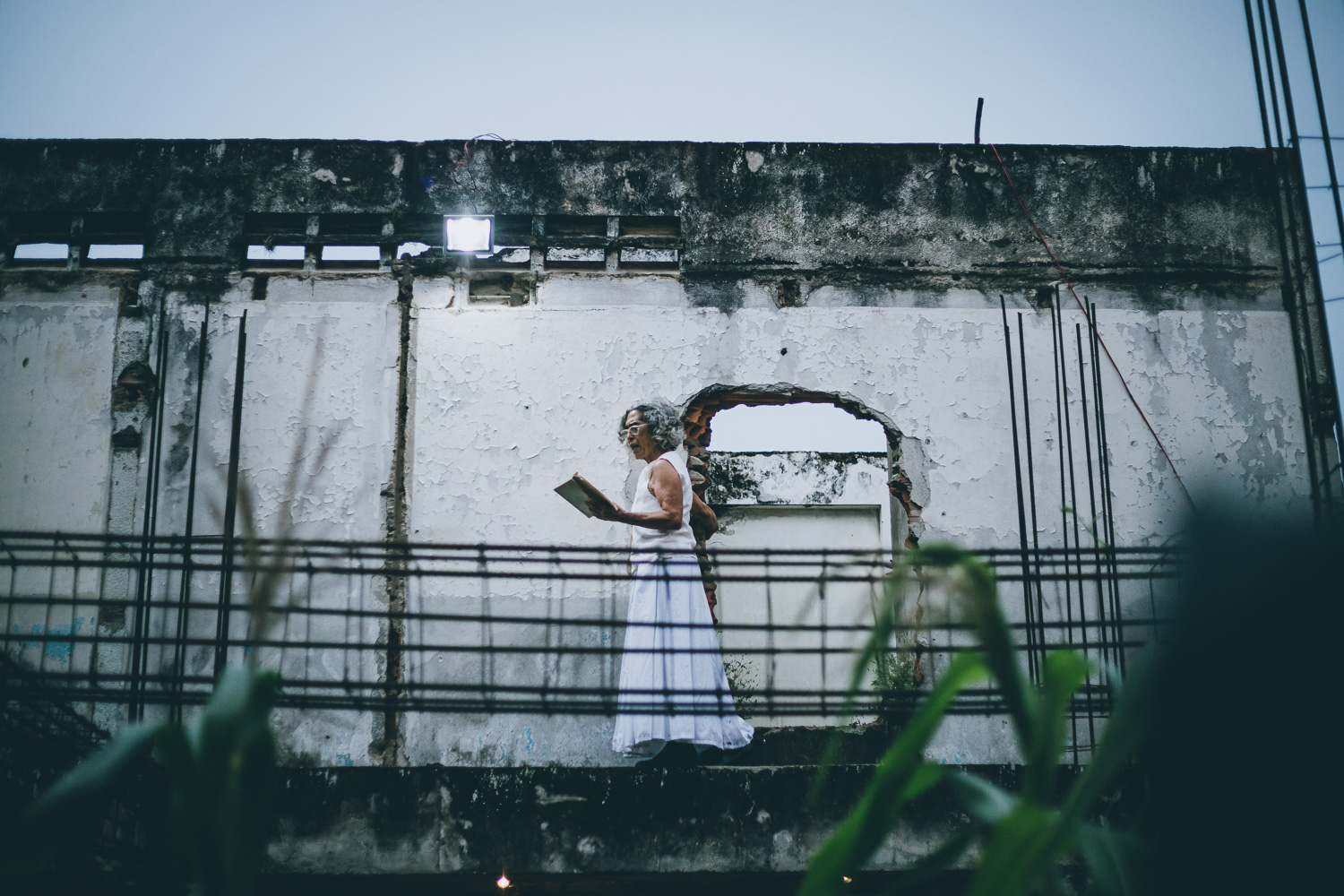 balcony of the Casa de Todos 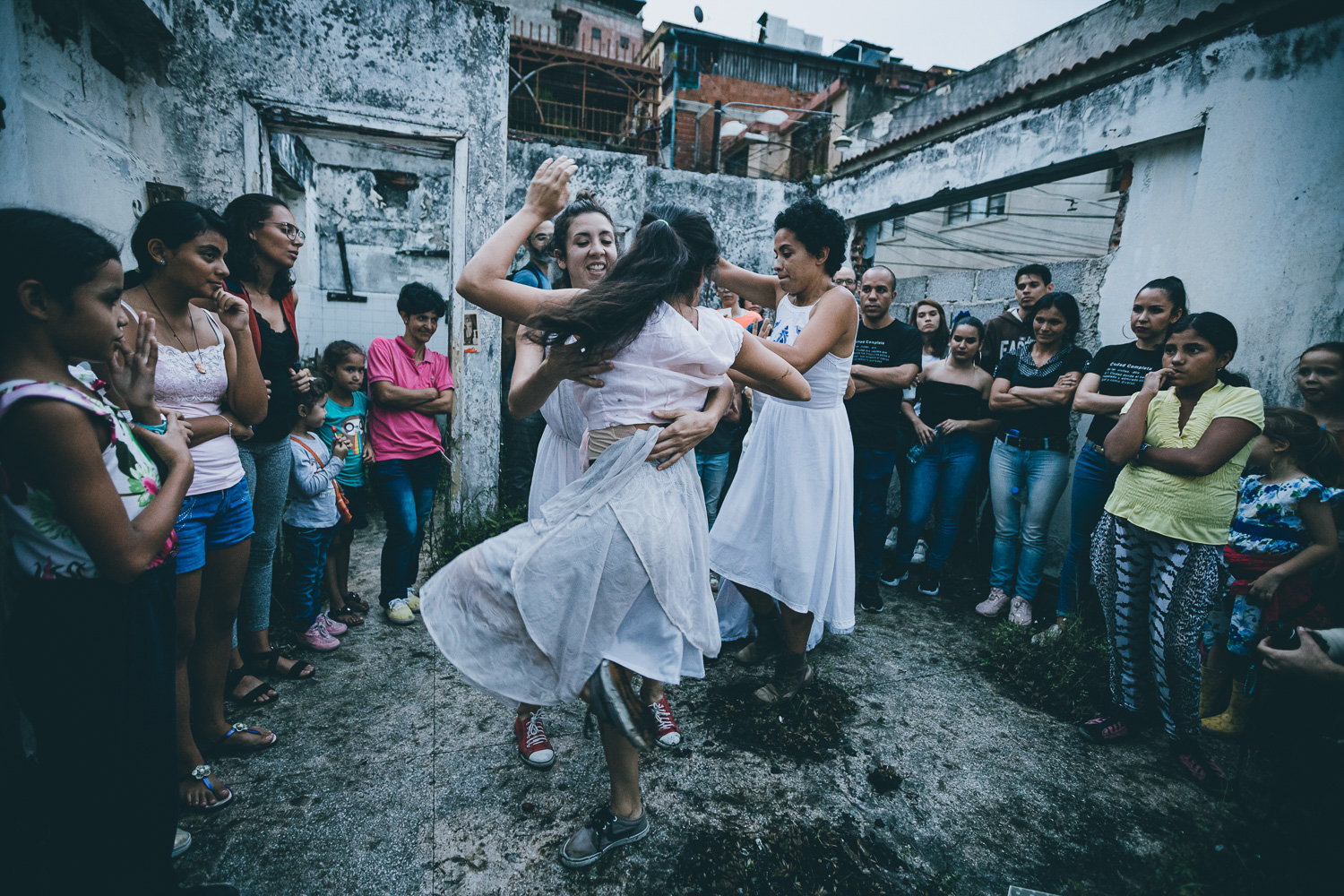 dances in the courtyard 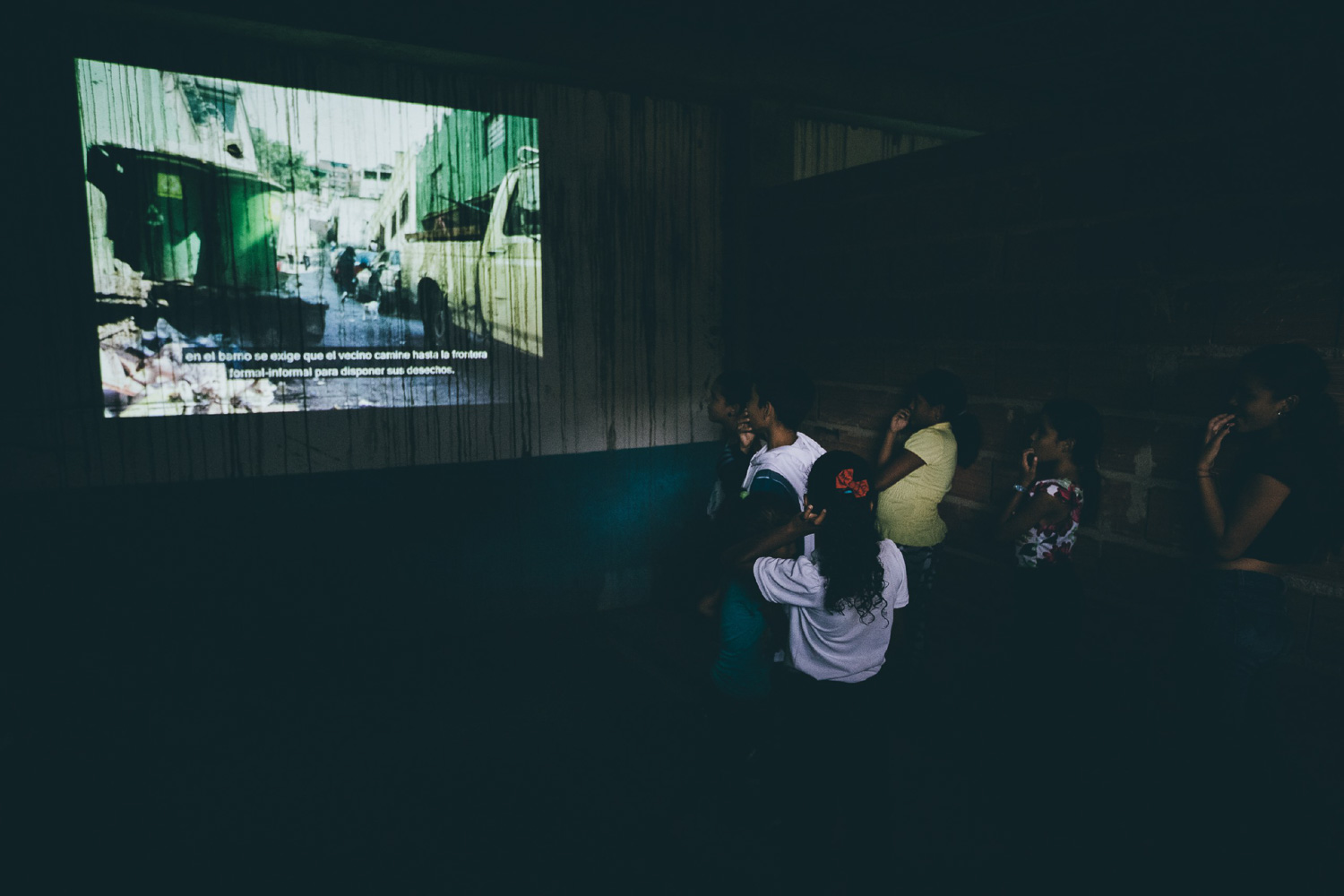 screening at the Casa de Todos 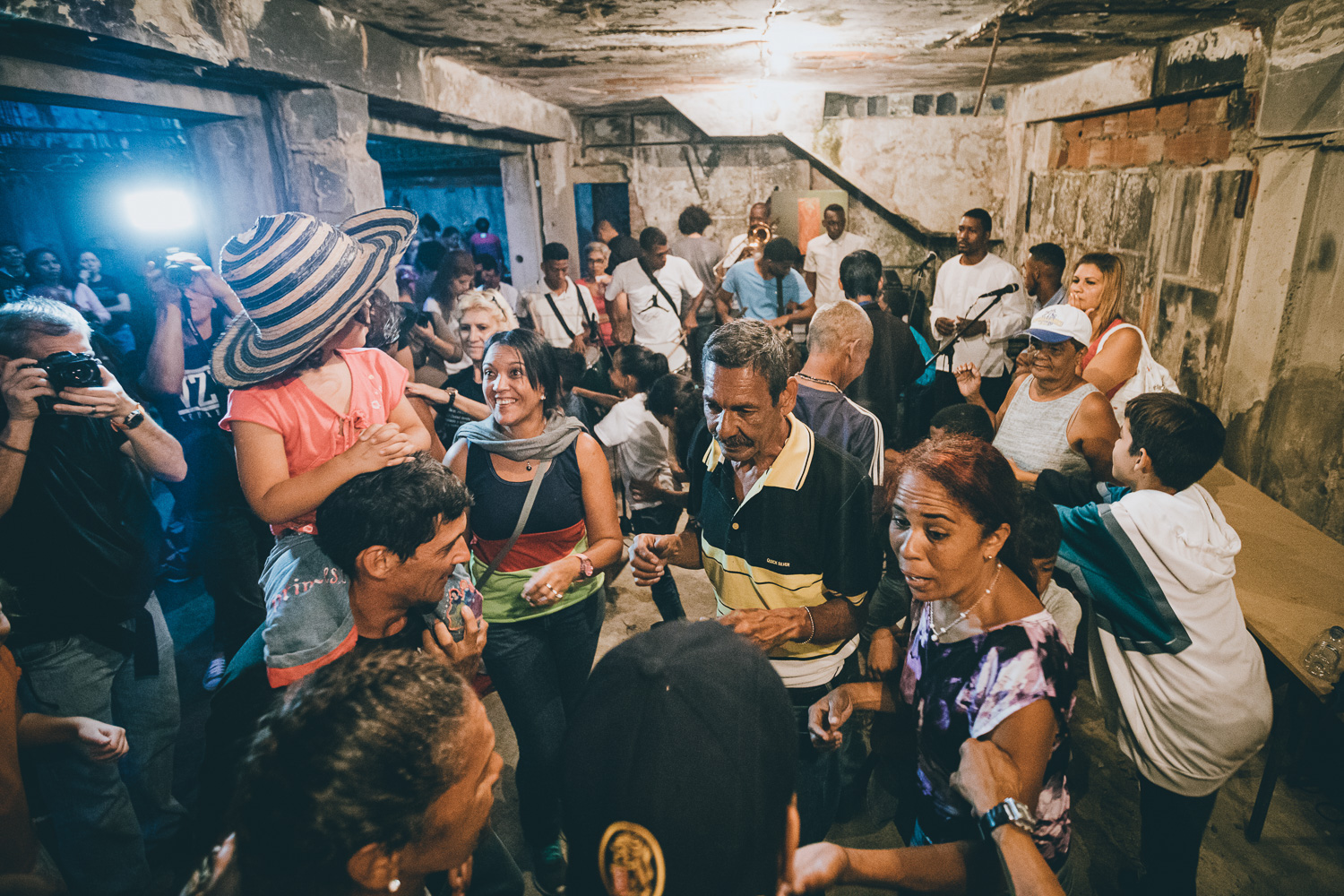 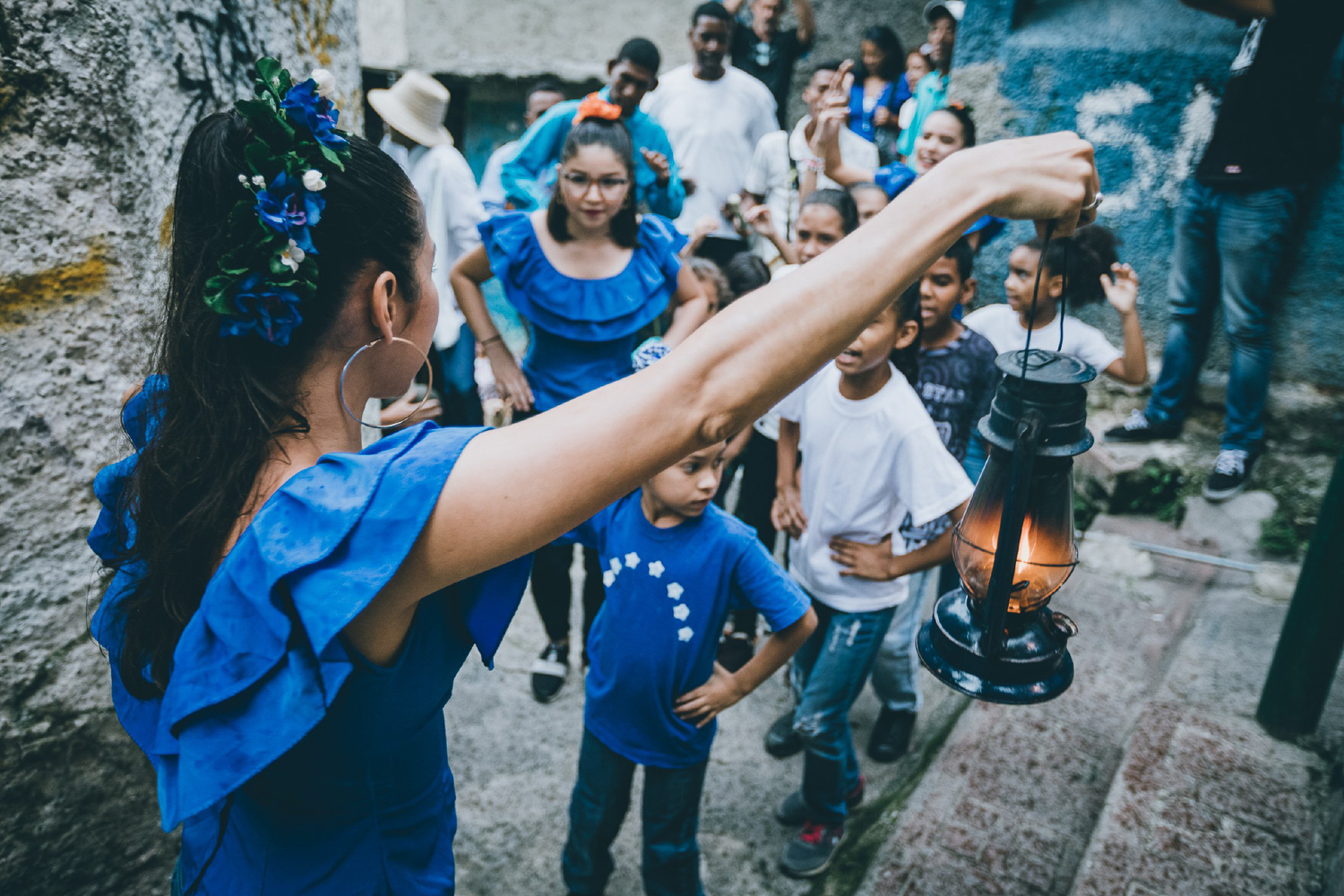