The event began at Plaza Bolivar in Baruta, from where the guests walked to the Santo Domingo de La Palomera sector, where the celebration took place. In parallel, from the Hacienda La Trinidad Parque Cultural, a group of people attended an activity entitled "From the gallery to the barrio: The art of walking and integrating" led by Cheo Carvajal and Jaime Cruz of Ciudad Laboratorio. It began with a brief talk, followed by a walk from La Hacienda La Trinidad to the Santo Domingo sector of La Palomera to join the "Fiesta de Fundadores". Upon arriving in Santo Domingo, attendees listened to stories about its founding told by descendants of the founders of La Palomera, as well as reflections on the discrimination of neighborhoods in the city. Among the founders who participated in the conversation were Carlos "El Niño" Lira, Reina Guzmán, Lenis Matamoros, Esperanza Ponte, Baruta chronicler Franklin González and Martina Arteaga. The conversation was oriented towards understanding the founding of the neighborhood, the first families who lived there and what the territory was like in the 1930s when it began to be populated. Then it was oriented to direct questions about the lack of integration between the neighborhood and the rest of the city, the presence of the arch in one of the entrances as an element that emphasizes separation and the inadequacy of the label "informal" to those who live in neighborhoods. Afterwards, those attending the event and the neighbors of the community shared a "sancocho" prepared by neighbors of the Santo Domingo sector. In parallel, musicians from Fundación Bigott enlivened the celebration with joropo central, a typical Venezuelan music. Harold Palacios, Marialejandra Orozco, Nicolás Brito and Sara Medina, professional dancers of traditional dance, invited the attendees to dance. 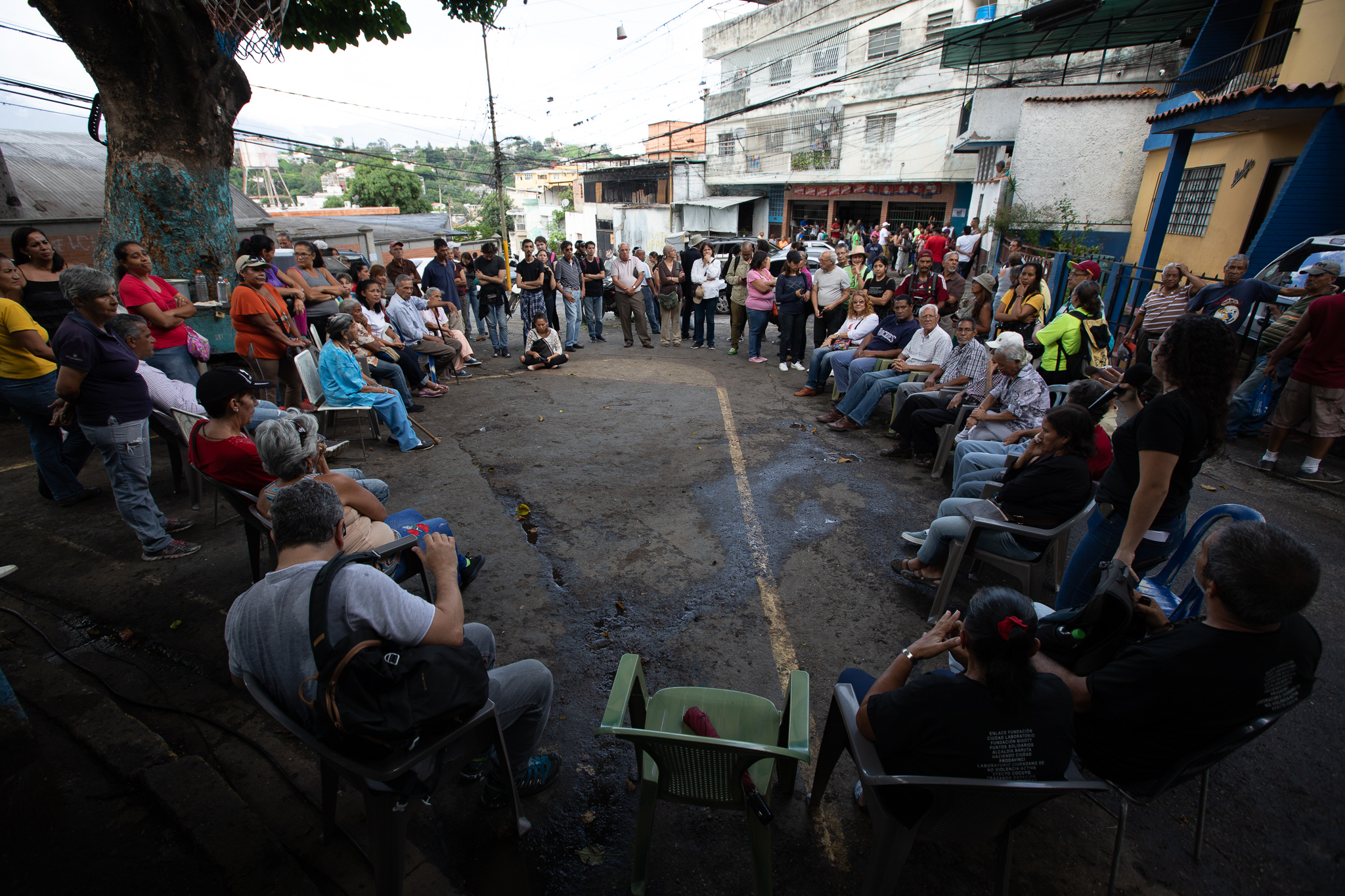 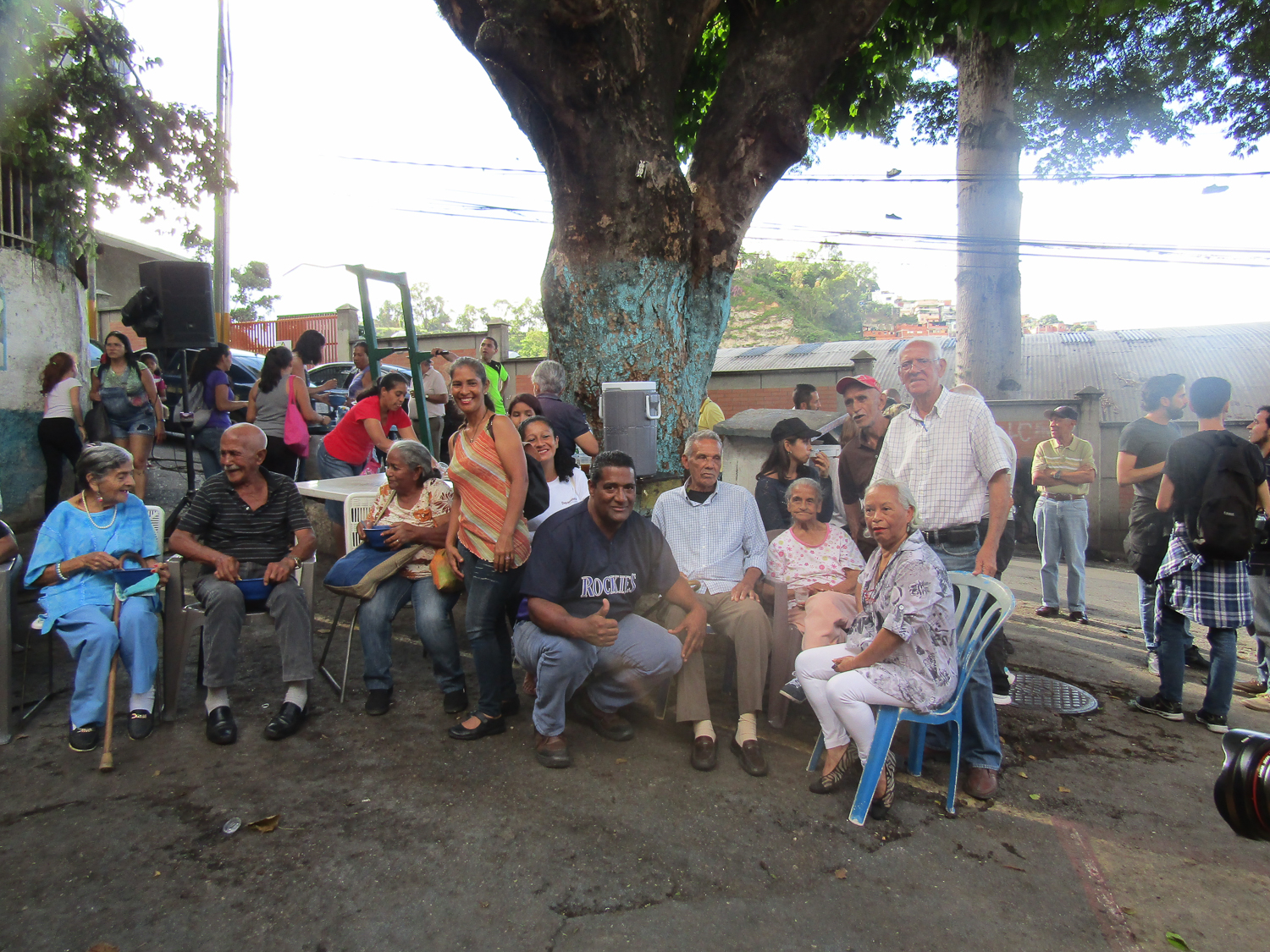 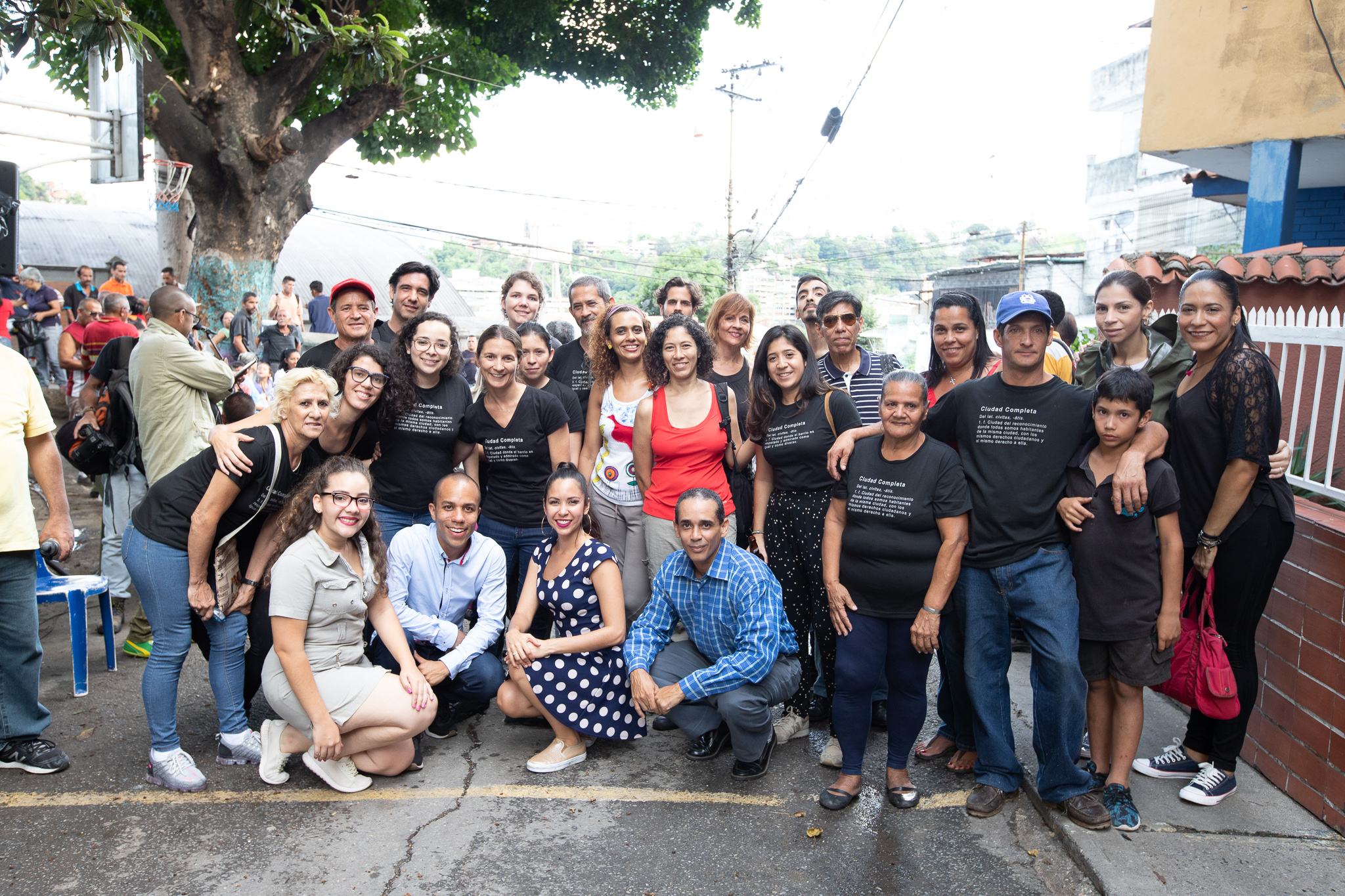 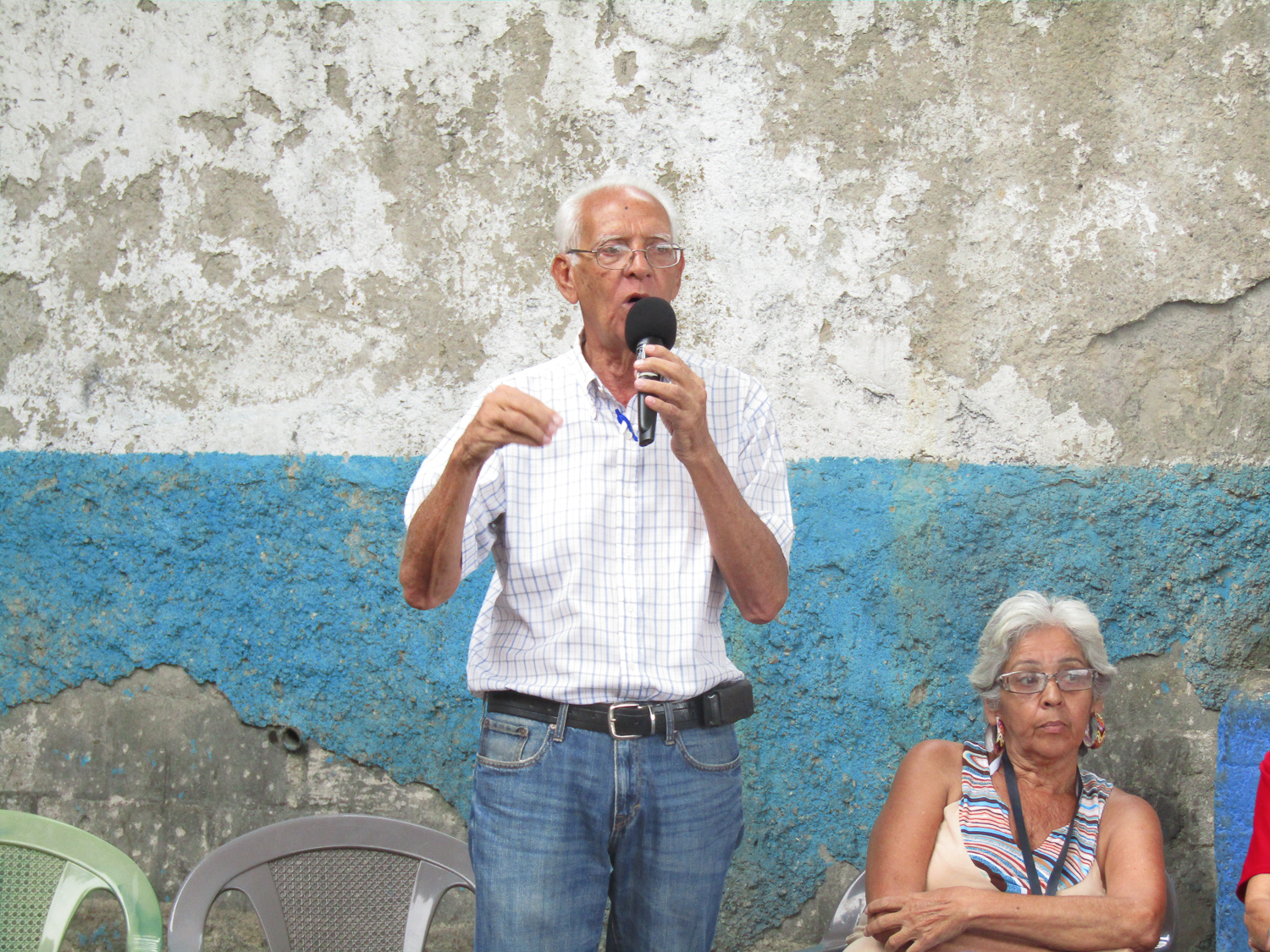 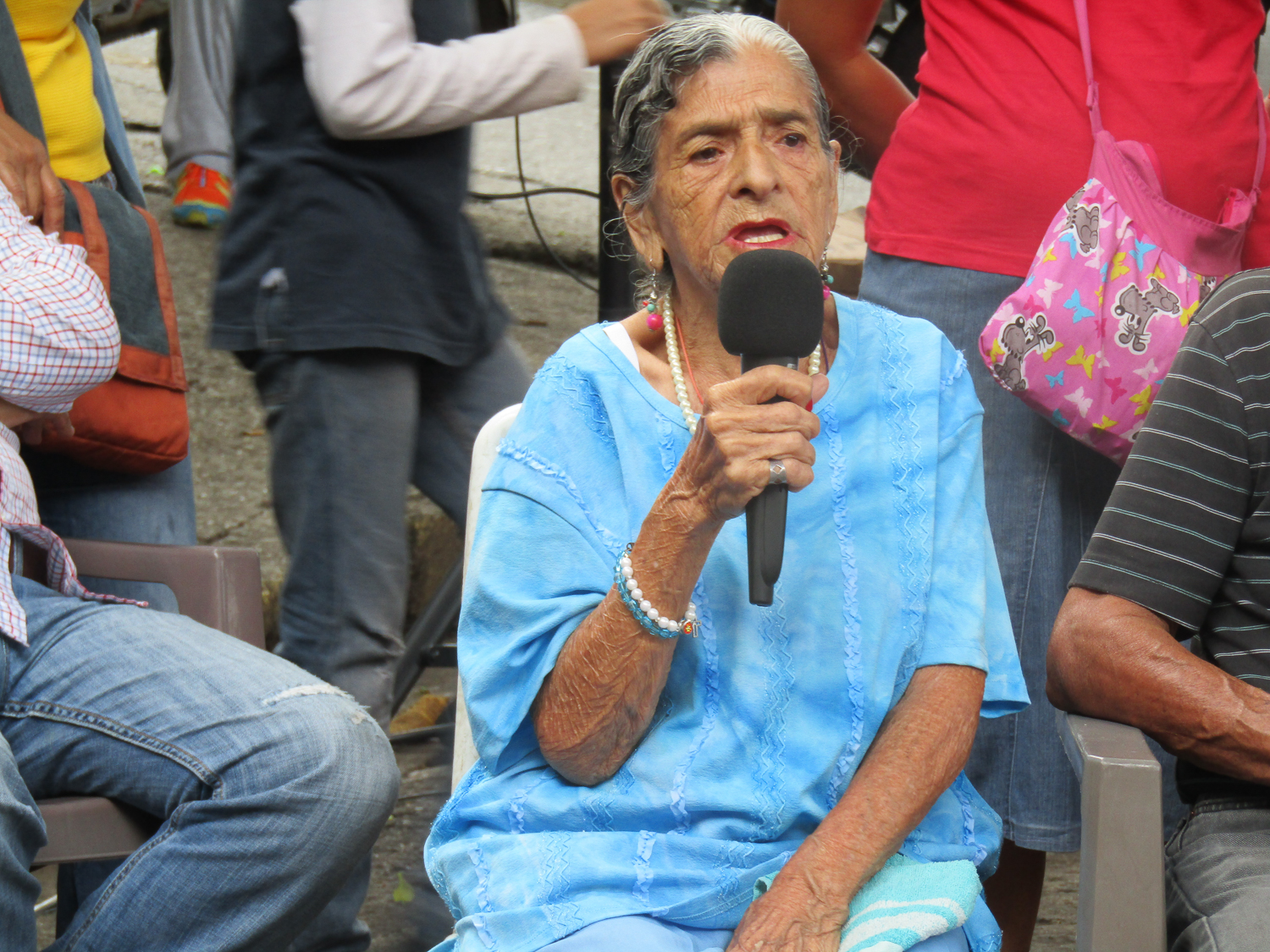