Mr. Calixto has lived in Baruta for 76 years and has had his farm for more than 45 years. His knowledge of plants comes from his family, farmers from San Diego de los Altos. Many of the plants he has were bought in nurseries. After his retirement he decided to dedicate himself to the maintenance of his farm and the breeding of animals for consumption. He has chickens, roosters, tortoises, turtles and dogs. His house was considered to be named patrimony. In it he gives cooking classes in the gastronomic school of his daughter Maivette Perez, "Gastro Alquimia," and also has a handicraft workshop. 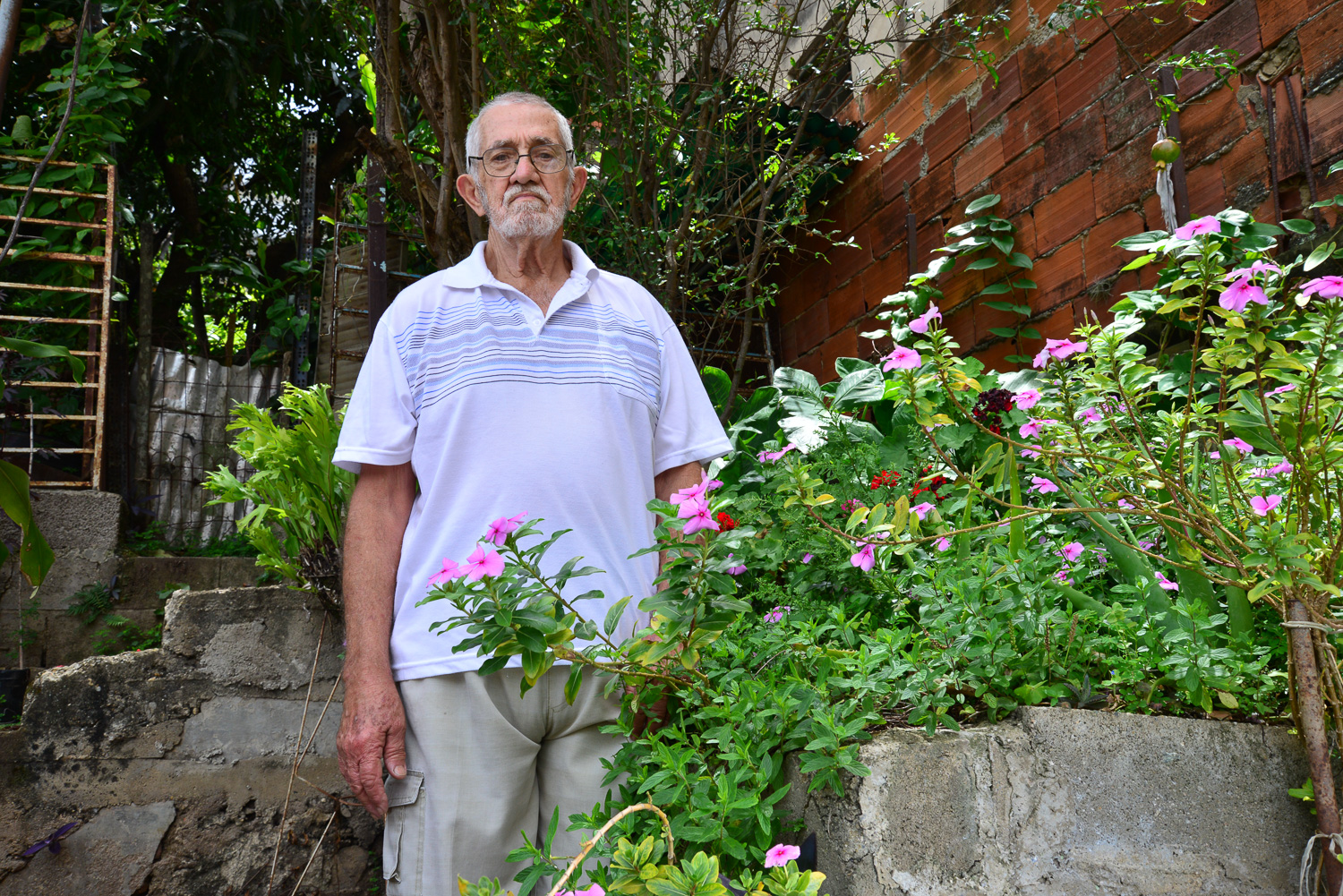 Señor Calixto in his garden, photograph by Gabriel Nass 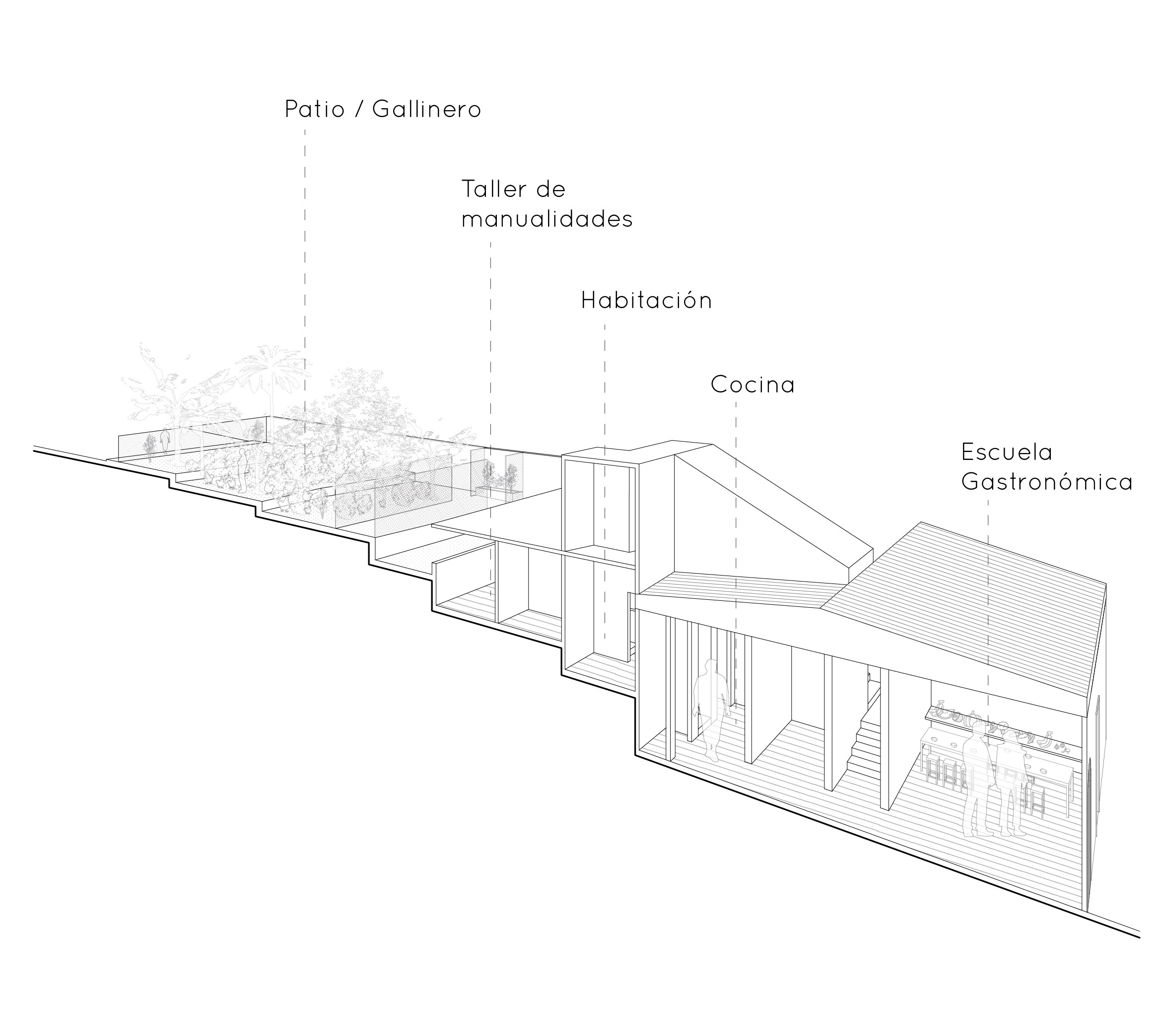 Axonometry of the cultural spaces that are part of Mr. Calixto's house. 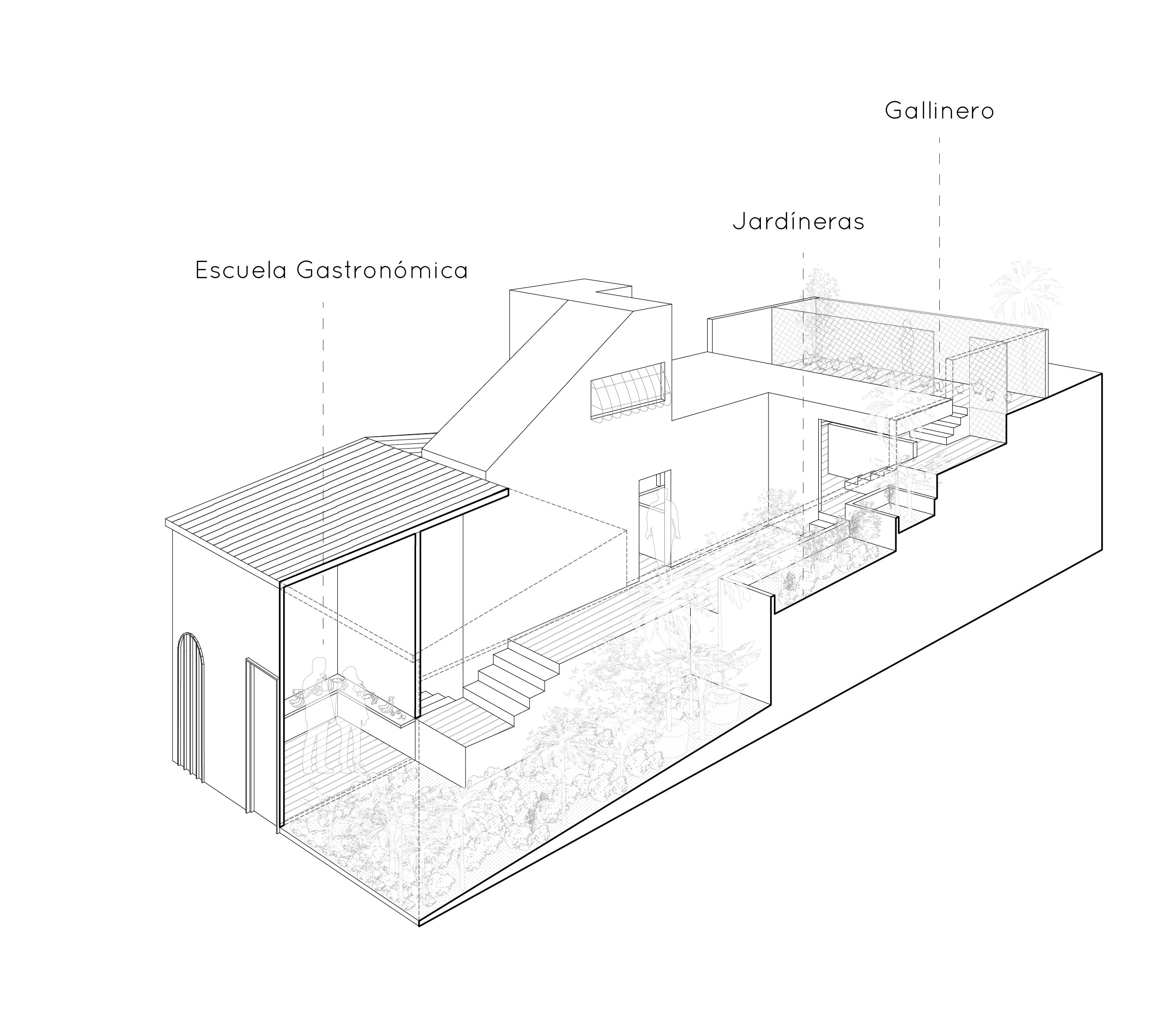